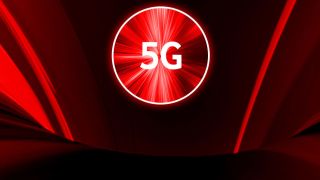 Vodafone has recorded its best ever quarter for new customers, adding half a million subscribers to its pay monthly, pay-as-you-go (PAYG), and home broadband services.

The Newbury-based operator attributed the gains to its ongoing 5G rollout, the return of unlimited data plans, and the performance of its Voxi MVNO.

Revenues at Vodafone’s PAYG business rose for the first time in a decade thanks the addition of 371,000 new customers – a significant share of which came through Voxi.

Despite the quarterly growth, UK service revenues for the first half of the year were flat over the three month period. Mobile revenues declined by 0.4 per cent as increased customer numbers were offset by regulatory impacts and lower out-of-bundle charges.

However the company is optimistic that its investments will pay off, while Virgin Media has given Vodafone a major vote of confidence with a new MVNO agreement.

“We are challenging the market with our new customer offerings, building the UK’s best 5G and full fibre networks and improving customer service both online and on the high-street,” Vodafone UK CEO Nick Jeffery.

“We have come out of the blocks quickly in the first six months of this year and have many more great customer products and services planned for the second half of our financial year to continue to reward existing customers and attract new ones.”

Group revenues rose 0.4 per cent to €21.94 billion, with Vodafone now offering 5G in 58 towns and cities across Europe. Its ‘Next Generation Network’ home broadband footprint is now 127 million properties, of which 54 million are covered by its own infrastructure. The remainder are connected through wholesale agreements.