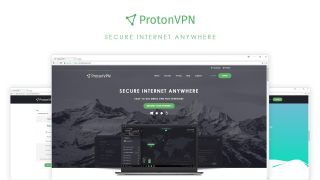 From its onset, ProtonVPN has set out to be the most transparent and accountable VPN provider and now the company has backed up these claims by releasing its source code on all platforms and undergoing an independent security audit.

The VPN market has come under scrutiny recently as many free VPN apps have been found by security researchers to share user data, have poor implementations and suffer security lapses. Some free Android VPN apps have even been found to contain viruses and malware.

To reassure customers that their data is safe when using its VPN, ProtonVPN made the decision to release its source code on all platforms so that security experts could conduct an independent audit on its services and software. Undergoing a security audit is also a way for a VPN provider to test its security features while providing customers with more than just promises.

By open sourcing 100 percent of its client code, ProtonVPN is providing security experts worldwide with the chance to inspect is encryption implementations as well as how the company handles user data. Open source software is also more trustworthy than proprietary software because it can be independently scrutinized which means that potential vulnerabilities are identified and resolved quickly.

ProtonVPN also worked with the security firm SEC Consult on a full security audit that was able to verify the security of the company's software.

CEO and Founder of Proton, Dr. Andy Yen explained how the company can earn the trust of its customers by publishing its code, saying:

“VPN services can technically access some very sensitive user data, which is why users should choose services with a track record for transparency and security. This trust must be earned, and by publishing our code, we hope to demonstrate our commitment towards always going above and beyond when it comes to security and putting users first.”