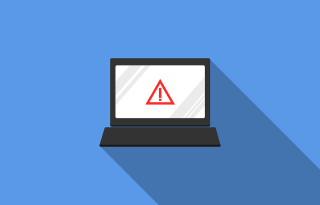 New research has revealed that over half of Brits have fallen victim to a data breach over the past year.

According to a report from DynaRisk, which has run a scan on over 750,000 data pieces, users in the UK have faced more threats compared to the users in New Zealand, Canada or Europe.

The data found that 58 percent of Brits became a victim of a data breach in the last 12 months, and that those with a BT email address have been most vulnerable to a breach followed by Hotmail, Gmail, and Yahoo.

The research, which pulled together data from over 1200 users, also suggests that awareness around cybersecurity and data hygiene has improved drastically in the UK. It also states that users are far more pro-active in protecting their digital information when compared to American or European users.

With hackers often now using highly sophisticated tools and methods for their attempts, crimes like cyber-attacks, scams, data breaches and data leaks are at an all-time high. Targeted phishing attempts, which are more frequent during the festive seasons, are very cleverly executed and it is almost impossible to identify them.

While the tech companies have their measures in place to counter these attacks, it is up to the end-user to ensure that their personal and important private data remains safe. DynaRisk’s CEO, Andrew Martin states that “Consumers are clearly becoming more aware and more protective of their online information in the UK; and getting better at arming themselves against an ever-increasing number of cyber threats.”

The company offered a few steps to follow that can help users secure their personal information from prying eyes:

3.      Updated applications and software: Keeping the device software up to date is the critical and easiest way to keep the hackers at the bay

4.      Awareness: Keeping general know-how of where are you storing your data and that if the companies are following the mandatory policies like GDPR, is another good way to ensure the security of your data