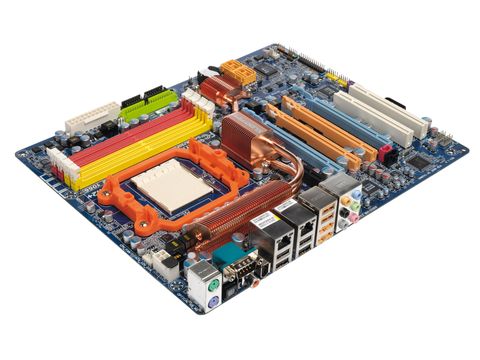 Luckily, there were no real spiders when we opened this up

Here it is, then, the real deal.

Without a quad core Phenom to test it with, it's a little hard to draw any conclusions about Spider, but Gigabyte's board is good value for money nonetheless.

There aren't as many SATA ports as there are on competing Intel chipsets, but other than that it's blow for blow identical all the way.

While current benchmarks are the usual underwhelming ones of the older Athlon generation, what do stand out are the overclocking tools.

Just as promised, they open up all the various BIOS variables in a Windows environment, and there are only a few that require a reboot.

Even though the Phenom lacks out-of-the-box performance, it could be a hit with those who like to beef things up themselves. But we'd stick to Intel for now.