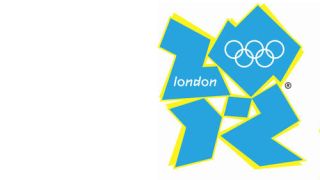 With a month to go before the Olympics, UK and London businesses are still not ready for the expected levels of disruption to the UK transport infrastructure, and are turning to technology to help them cope.

A CBI survey of more than 250 London companies revealed that the majority are positive about the effect of the Games however, while the number of businesses who feel confident about dealing with the transport and logistics issues during the Games has risen 5% since last year to 37%, the scale of the challenge is becoming increasingly clear, as 46% are still nervous about their level of preparedness.

Half of employers (50%) intend to let their employees work from home during the Games and 57% will adapt their working hours, while 46% of firms say they will allow employees to have time off to attend events.

In terms of logistics planning during the Games, 13% of companies will stockpile supplies and 12% will reduce deliveries. Although 80% of respondents have not planned any special measures, 29% are unsure of suppliers' ability to get deliveries to them during the Games period.

A similar survey from storage business Imation discovered that worryingly only 35% have corporate guidelines on secure remote working which they follow. A similar amount of workers (36%) feel they do not have the appropriate technology to ensure the same level of IT security when working remotely as they have in the office.

Sara Parker, CBI London Director, said: "With only a month to go, the scale of the challenge is becoming clear and some businesses are still nervous about their levels of preparedness. That's why it's crucial that all companies ensure they plan ahead, particularly for the transport and logistical challenges." Adding, "It's encouraging that many firms are already thinking about flexible working during the Games, but with a huge influx of people expected in the capital in a matter of weeks, those who haven't prepared need to turn their attention to this as a matter of urgency."

Majority of workers in the dark on remote working plans

Imation's study also shows that communication of policies and guidelines around Bring Your Own Device (BYOD) and remote working is sorely lacking in many UK enterprises. Only 37% of workers surveyed felt their organisations had clear guidelines on using personal devices to access confidential data and corporate assets.

While nearly Half (47%) of respondents either claimed their employers failed to provide guidance on secure remote working or did not know whether any guidance existed.