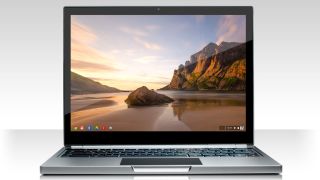 Will there be a hybrid followup to the Pixel?

Google is lining up an army of hybrid Chromebooks featuring both ChromeOS and Android to take on the Surface Pro 3 and other Windows-powered hybrids, with the search giant set to lead the charge.

That's according to Digitimes, which reports that the first Google-branded device since the Chromebook Pixel will run ChromeOS with the keyboard attached, and Android when in tablet mode.

It's unclear whether the 2-in-1 device will dual-boot the two operating systems independently or run Android apps natively in ChromeOS, something Google announced it was working on during Google I/O 2014. It's likely that it will switch automatically between the two in a similar manner to Windows 10's Continuum feature.

Quanta Computer is designing the Chromebook, according to sources from Google's supply chain, which point to the end of March for its completion date.

Other vendors are said to be joining the 2-in-1 Chromebook party later in the year, though names are yet to be confirmed - although you can safetly bet that Samsung won't be one of them following its exit from the laptop market.

Acer used CES 2015 to launch another Chromebook "first" in the form of the Acer Chromebook 15, which is the first Chromebook to feature both Intel's fifth-generation Core M CPU and a 15-inch display.