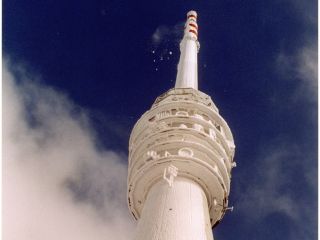 The BBC is bringing digital radio to 40,000 more people in the UK - when it expands to the Borders and Cumbria region later this year.

This means that the Borders will be the first region in the UK to be capable of going totally digital - the nationwide analogue TV signal switch-off begins there in October 2008.

"For many years, our digital radio coverage in Scotland and England has been separated. It's good news that we're now able to join up the two nations," the BBC's chief operating officer, Caroline Thomson, boldly declared.

DAB, or digital audio broadcasting, radio signals can currently be received by around two-thirds of the country. However, the Highlands of Scotland, most of Wales and a few locations around England are unable to receive good DAB signals, meaning they are denied the increased number of channels and other services offered by the digital format.