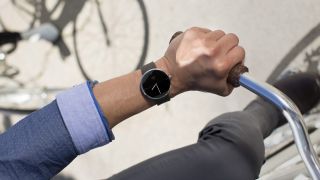 Motorola created waves when it launched Moto Maker with the Moto X smartphone in 2013, allowing consumers to tweak the colour and materials of the chassis for a unique build - but apparently it's not just phones it can tailor.

According to a source close to Motorola who has spoken to PhoneArena, the now Lenovo-owned outfit is readying its Maker for the Moto 360 smartwatch.

The unknown source didn't divulge any further information on which variables you'll be able to customise, but strap selection would appear to be the obvious one.

The source did go on to say that the Moto 360 won't arrive alone, as Motorola will also launch the Moto X+1 with the smartwatch - which will also be supported by Moto Maker.

The only Moto 360 release date we've been given thus far is "later this summer", so we'll have to hold out a little bit longer to find out if you'll be able to design yourself a unique 360.