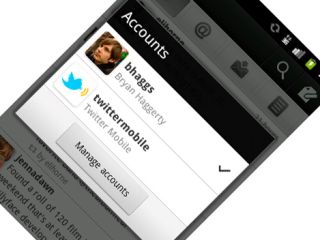 The Twitter Android app has been given a major overhaul, getting the push notifications and multiple account logins that users have been clamouring for.

The official Android blog reveals that the update includes brings key new features for one of the Android market's most downloaded apps.

"Today we're releasing the latest version of Twitter for Android. It includes some of the most commonly requested features from our users," said Twitter.

Push notifications allow users to be informed about Twitter updates even without being in the app - with users able to select automatic refresh and then choose what level of update they want (From only DMs to mentions and then all tweets).

The next key addition is the arrival of multiple account use, which has long been pushing people to use other clients.

The official app allows you to use multiple accounts without logging out, allowing you to switch between the offerings.

Finally, Twitter mentions a "bunch of other improvements and fixes" as well as an improved home screen widget.