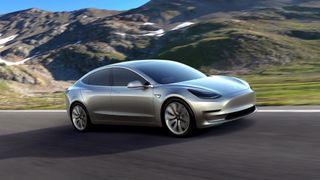 Queensland’s State Government has announced that it will be constructing a $3 million network of vehicle charging stations along the East Coast, hoping to incentivise the use of electric cars in the region.

Steven Miles, the state’s aptly named Minister for Roads, has said that while “the project is ambitious, we want as many people as possible on board the electric vehicle revolution”. Currently, the state has a relatively low uptake for electric vehicles, with only around 700 on the roads at present.

A total of 18 charging stations will span a distance of 2,000km, making it one of the longest electric highways in the world alongside the likes of the West Coast Electric Highway in the US, although still falling a considerable distance short of the 8,000km stretch in Canada.

The stations themselves will have the ability to recharge a vehicle in 30 minutes and give electric vehicles the ability to travel from Cairns to the Gold Coast. Most impressively, the stations will be completely free to use for at least a year after they’re constructed.