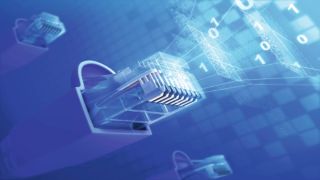 Fujitsu has developed a new technology that can boost data transfer speeds by as much as 10 times, which could affect everything from the cloud to mobile applications.

The Japanese firm discovered a way of using data deduplication and compression to reduce the volume of data sent, allowing it to arrive much faster than before.

The reduced volume is accomplished by prioritizing the saving of data that appears frequently on a network, which prevents unnecessary duplicate data on a mobile device's storage by as much as 80%.

This is coupled with a new lightweight data compression technology, which searches for repeating patterns for faster compression of files.

Because deduplication and compression are only useful for large volumes of data, the Fujitsu technology will analyze the data size, available network bandwidth, and CPU power to decide to go ahead with the technique.

This automates the process and prevents slower data transfers of small data volumes that are better off sent as is.