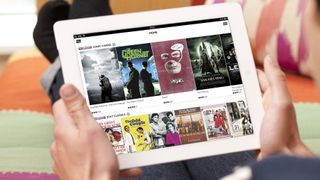 The next four years will see a massive explosion in tablet ownership, leaving one in eight of us fondling a touch-screen slate by 2017.

Forrester's latest research suggests that 2017 will see 905 million tablet users globally, with three people in every five across the U.S. owning a slate, and 42 per cent in Europe.

The research also suggested that 18 per cent of sales will be made by businesses in 2017, or at least IT buyers who have convinced their board that an iPad isn't a leisure tool.

For one in eight people in the future you can read more blips on your tablet.