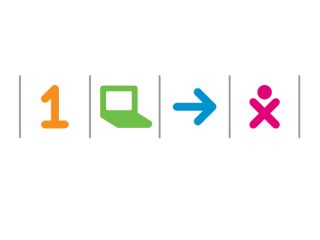 News from the troubled One Laptop Per Child (OLPC) project seems to go from bad to worse these days in the wake of is high-profile split from Intel. Now, the latest problems bedevilling the innovative group involve tens of thousands of paying customers who still haven't received their computers.

According to various reports, people who paid for the XO laptop when the Give One, Get One scheme that also sends a donated PC to a child in a developing country began in November have yet to see their machines even though payment has already been taken.

OLPC has admitted to the delays and has contacted customers to explain. However, the level of complaints has grown to such a level the company has now had to admit defeat and offer a refund to anyone requesting one.

The organisation says around 80,000 people ordered machines at the end of last year, but won't admit how many of those have actually received one - not an ideal state of affairs for a charitable body.

One unhappy customer summed up the problem saying, "If OLPC can't get notebooks to people in an industrialised nation, how can we expect it to deliver them to a country with a subpar infrastructure?"

As a footnote, we ordered an XO laptop in early November for delivery to a US address and that too remains undelivered. We'll keep you posted on the increasingly disappointing saga.