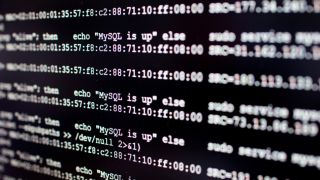 Linux could soon be coming to your desktop after Microsoft revealed plans to ship a full Linux kernel directly in Windows 10.

In great news for open-source fans, the computing giant has said it will look to push the launch of a Linux kernel in Windows 10 for the first time at its Microsoft Build conference.

The launch will dovetail with a distribution installed through the Windows Store, with a release expected later this year - although Windows Insider users will be able to get preview builds by the end of June.

Microsoft says that the first release will be based on the latest stable Linux release (version 4.19), and updates will come alongside each stable release going forward.

This should mean a major boost in performance when compared to the current emulator, with faster boot times and more efficient memory use also mentioned as new perks.

“Beginning with Windows Insiders builds this Summer, we will include an in-house custom-built Linux kernel to underpin the newest version of the Windows Subsystem for Linux (WSL),” Microsoft program manager Jack Hammons wrote in a blog post announcing the news.

"The kernel will be rebased at the designation of new long-term stable releases to ensure that the WSL kernel always has the latest Linux goodness.”

"This is the culmination of years of effort from the Linux Systems Group as well as multiple other teams across Microsoft. We are excited to be able to share the result and look forward to the new and interesting ways in which you will use WSL."

Microsoft also announced a new edition of its Windows Terminal command line app, giving a welcome makeover to one of its longest-running and most familiar-looking tools.

The updated service sees new tabs and tear-away windows, with themes and extensions also available for the first time, as Microsoft looks to provide a central location to access the likes of Cmd and PowerShell as well as the Windows Subsystem for Linux (WSL).