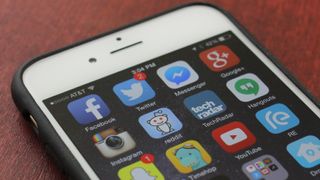 UPDATE: More Reddit employees resign as the company tries to rescue its future. Head of Community, Jessica Moreno is the latest in what Reddit are hoping won't be an exodus from the company after Victoria Taylor was let go and CEO Ellen Pao resigned amidst the resulting furore.

Reddit CEO Ellen Pao was downvoted from her interim position at the company today, resigning after a chaotic week-long online protest.

Calling it a "mutual decision" between Pao and Reddit, the website is replacing her with co-founder Steve Huffman, the first CEO of the online community, according to Recode.

The very public backlash against the site and Pao began when Reddit fired popular "Ask Me Anything" administrator and director of talent, Victoria Taylor.

Pao had apologized earlier this week, admitting, "we screwed up," saying, "not just on July 2, but also over the past several years."

Acknowledging that moderators and users lost trust in the administration, she promised improvements at the website. However, that will now be the job of someone else.