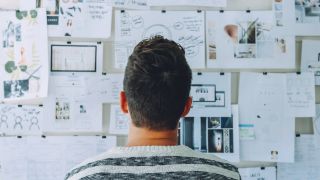 When most people think about innovative companies, they tend to reference the tech giants such as Apple, Google and Amazon.  Innovation is part of the DNA of these companies.  But for me, some of the most interesting innovation comes from smaller companies with big ideas.

My attention was drawn to the Innovator of the Year category, as part of the Amazon Growing Business Awards.  What strikes me about many of the companies shortlisted is both the simple genius of some of the ideas and the impact that they could have on society.

Take combatting climate change.  Research has shown that as many as 30% of all cars in cities are looking for parking spaces – essentially travelling unnecessarily because of friction in the marketplace between available parking spaces and cars seeking parking.  The winner of the award, Just Park, has created an app that helps people find parking spaces more quickly.  This will positively impact pollution levels and emissions in cities.

Another finalist was Alcove, which offers 21st century telecare for older people.  The company aims to use technology to help people live independently for longer.  With the World Health Organisation reporting that average global life expectancy grew by more than five years between 2000 and 2016 alone, Alcove looks to have a bright future ahead of it.

Rootwave is using electrical power to kill weeds, aiming to reduce the world’s dependency on chemical herbicides.  The company combined visual recognition that identifies weeds in crops and electrical power to precisely kill them.  This reduces the risk of herbicides being used inappropriately as well as removing some of the environmental side effects of spraying crops.

Perhaps my favourite company on the shortlist was Zap & Go.  The company is a spin out from the University of Oxford which has a simple vision – to produce better batteries.  The vision is to obliterate charging times – for a mobile phone this would mean reducing charge time from hours to seconds.  The company promises electric vehicle batteries that charge in the same time it currently takes to fill up a car with fuel.  The potential of this technology is immense.  One of the limiting factors for electric vehicle take up is the limited number of people that have space at their home to install trickle charge power units.  Imagine a world where your electric car simply pulls up at a charging point (like a fuel station today) and shortly afterwards is ready to go.

I have written extensively about how innovation is changing: technology is enabling smaller businesses to compete on a more level playing field with the traditional business titans.  Another key aspect of successful innovation is the positive impact it can have – on people and on the planet.  Significant global issues need to be addressed now and in the future – from climate change to the ageing population.  Innovators are ready, willing and able to take them on.