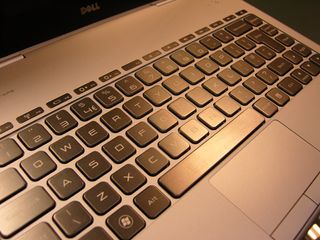 Dell has explained to TechRadar why its Adamo XPS laptop is increasingly difficult to get hold off, insisting that the 'engineering marvel' should be considered a special edition.

According to the company, reports that the XPS had been axed just three months after launch are not entirely accurate, with Dell insisting that the high-end laptop should not have been considered a normal piece of stock, but a limited release.

Dell also confirmed that most of the supply of the laptop 'has been accounted for' and people still keen to buy one will need to look hard.

"In the UK, Adamo XPS will continue to be offered through select John Lewis stores and on johnlewis.com," said Dell's statement.

"The Adamo XPS is an engineering marvel and a decisive proof point to Dell's design and engineer capabilities.

"As such it is similar to a limited edition product, and most of the supply has been accounted for.

"The original Adamo is still available on adamobydell.co.uk with a starting price point of £1,099."

The US will also be able to get hold of the Adamo XPS with the statement confirming that it is "still available in the US at select Best Buy Stores and on bestbuy.com."

Of course, you can read into this what you will - spin or truth - but XPS lovers had better start raiding their piggy banks to buy one because special or not, this laptop is now a limited edition.

We're offering you the chance to win win one of 10 Dell Adamo laptops worth £799 each by voting in this year's TechRadar Awards.