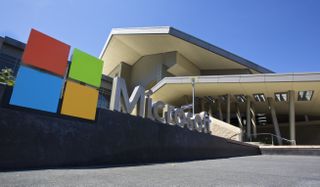 Microsoft has announced that it will make big cuts across its workforce, with thousands of employees set to lose their jobs.

This was previously rumoured to be the case, and Microsoft has now confirmed the move. While the company didn’t put a precise number on the job casualties, it did say that the majority of the losses would come from the sales department.

A spokesperson from Microsoft told CNBC: "We are taking steps to notify some employees that their jobs are under consideration or that their positions will be eliminated.

“Like all companies, we evaluate our business on a regular basis. This can result in increased investment in some places and, from time-to-time, re-deployment in others."

Some 10% of the company’s sales force will lose their positions, and the vast majority of these folks – three quarters of them – will be based outside of the US. Up to 3,000 jobs could be lost in total. Microsoft has around 121,000 staff members across the globe, so the losses are potentially up to 2.5% of the total workforce.

Cloud on the horizon

This is said to be part of a move whereby Microsoft wants to push forward with sales of its cloud services, which has been a focus of the company since Satya Nadella took the reins and instigated a new ‘cloud-first, mobile-first’ philosophy.

It’s certainly been evident that Microsoft has been increasingly looking to the cloud, not just in terms of Azure, but also with pushing the likes of Office 2016 users towards Office 365 subscriptions with the introduction of restrictions on OneDrive and Skype as we saw recently.