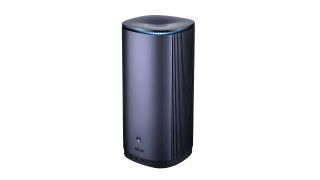 Asus has announced a new series of compact PCs which are packed with enough power – including 9th-gen Intel Core processors – to qualify as workstation-class computers capable of tackling the sort of intensive tasks that creative professionals might undertake.

The Asus Mini PC ProArt PA90 initially arrives as a range of three machines using Core i7 or Core i9 Intel 9th-geneation processors which boast around 30% better performance than their predecessor CPUs. The processor also benefits from liquid cooling, which is pretty nifty in a compact PC.

And that processing power is backed up with Nvidia Quadro graphics, with the Quadro P2000 (sporting 5GB of video RAM) nestling inside the entry-level model, and the Quadro P4000 (8GB) featuring in the mid-range and high-end flavors of the mini PC.

The top-end model is the one that uses Intel’s Core i9-9900K processor, with the other two PCs employing the Core i7-9700K.

In terms of storage, the entry-level PC offers up a 256GB PCIe SSD twinned with a 1TB spinning hard disk, and the mid-range and flagship models double up the SSD to 512GB (you can also optionally add a second SSD if required).

All the machines come with 32GB of DDR4 2666MHz system memory as a baseline, although up to 64GB of RAM can be specified if needed.

On the connectivity front, you get two Thunderbolt 3 ports, and the ProArt PA90 is backed by a three-year warranty.