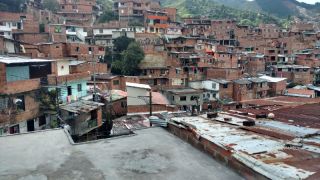 When you have easy access to high-speed internet, it's easy to take it for granted. However, for many people in rural and low-income areas even accessing the internet can be a struggle. What if there was an easier way for communities to setup their own networks that are faster and cheaper than current ISP offerings?

TechRadar Pro sat down with Althea's CEO Jehan Tremback to better understand how the company is using mesh networks and cyrptocurrency alongside its own proprietary technology to allow routers to pay each other for bandwidth.

1. What makes Althea stand out from the rest of the market?

Every ISP out there owns and operates their own network. Althea runs on a network of routers operated by individuals and companies in an area.

2. Do ISPs see your product as a direct competitor because it gives users more choice over price they pay for internet access as well as the speed of their connection?

Yes, Althea allows communities to set up their own networks as an alternative to ISPs. This allows people to monetize their property by installing wireless internet gear, while consumers get cheaper internet from the network than they could from traditional ISPs.

3. Can you tell us a bit more about the routing protocol Babel and how your product utilizes it?

Babel is a "mesh" routing protocol, which means that it is a distributed system which determines the best routes through the network autonomously. We have extended Babel to take not only route quality, but also route price in account. This turns the network into an autonomous bandwidth market.

4. How has it been using Raspberry Pi as a development platform?

The Raspberry Pi's were an early prototyping platform. Our software now runs on home routers, and commercial-grade wireless internet equipment.

5. Can users set the price they charge for internet or is that something that is controlled on your end?

Users set the price they charge other devices. Currently this is a manual process but we would like to foster an ecosystem of pricing plugins to handle this automatically. However, it is important to note that this will never be centrally controlled. Althea networks are groups of autonomous hardware devices paying each other.

6. Can you tell us about your work in Colombia, and how does this compare to the testing your currently carrying out in the US?

Colombia is a very interesting environment to test our software. In the US, internet access is not a huge part of most people's budgets. In Comuna 13 in Medellin where we have our second test network, it is. People are very excited to have the opportunity to pay only for what they use, and to cut down on their own internet costs by reselling to neighbors. It's a very tight-knit community, and they're used to sharing and hustling so our model has resonated.