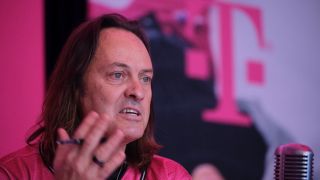 T-Mobile and Sprint are set to receive the final approval needed to complete their $26 billion merger in the US, it has been reported.

A lawsuit filed in June by the Attorney Generals of 13 states and the District of Columbia had hoped to block the controversial transaction.

They said the deal, which would combine the country’s third and fourth largest operators, would reduce competition and increase prices. The US market is dominated by the four biggest networks, accounting for 98 per cent of all customers.

These concerns have been echoed by consumer groups, trade unions, and Democratic senators, but were not enough to dissuade US regulators from approving the deal and don’t appear to have been enough to sway the judge ruling on this latest suit.

The New York Times says a decision is expected later on Tuesday February 11. The contents of the ruling are not yet known, meaning there could be conditions attached to the approval, but the final barrier to completion would be eliminated.

Sprint and T-Mobile held merger talks more than five years ago, but these collapsed due to competition concerns from the Obama administration. However, the Trump administration has been more receptive.

Both companies said the merger was necessary to end a price war that had harmed investment and to compete with the nation’s two largest carriers, AT&T and Verizon. Sprint & T-Mobile have committed to not increasing prices for three years after completion, while some assets will be made available to Dish Network to create a fourth carrier.

However Sprint & T-Mobile's main argument has centred on 5G.

The bedfellows argue that neither operator has the means to build a national 5G network alone, but the combination of their assets means they could do this more rapidly than anyone else. This is because T-Mobile has long range 600MHz airwaves, whereas its rivals only have mmWave spectrum which offers vast capacity but only within a limited radius.

The new company would be called T-Mobile, have 100 million customers, and would be led by Mike Sievert. Colourful T-Mobile CEO John Legere, a major driving force behind the deal, would step down from his role.