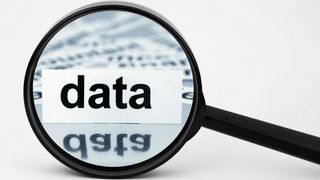 Microsoft is currently recruiting for a new “Data Dignity” team which will operate under the office of the company's CTO.

The team is researching new ways to give users greater control of their personal data including the possibility of one day enabling them to buy and sell their data to third-parties.

Microsoft has made user privacy its focus as it tries to set itself apart from Google, Facebook and other tech giants that have run into legal issues as a result of how they gather data. The company is guilty of handling user's data poorly itself as it was recently discovered to be employing human contractors to transcribe user's Skype conversations.

Earlier this year, news of Microsoft Research's Project Bali broke and it was revealed that the company was privately testing a new way  to give users greater control over the data collected about them online.

Chief scientist at Microsoft, Jaron Lanier was the central focus of a recently published interactive feature in The New York Times in which he used the term “data dignity” to describe his plan for correcting the imbalance between users and businesses when it comes to the collection of their data.

Searching for the term “data dignity” lead ZDNet to discover a site called “The Art of Research” and the organization says it is embedded in the CTO office of Microsoft under Lanier's leadership. The organization's about page also gives further insight into Microsoft's new Data Dignity team, saying:

“Our project re-imagines how people can control how their data is used and by whom, how data creators of all kinds can unionize, and how all this activity will grow the data labor market, for the benefit both of individuals and of technology that cannot exist without quantities of high-quality data. There is currently a flurry of burgeoning activity surrounding data as labor. In early 2019, California governor Gavin Newsom announced a proposed “Data Dividend” for California. Here at Microsoft, we have a brand new Data Dignity team headed by Christian Liensberger (now hiring!).”

According to a Microsoft job posting, the Office of the CTO is currently working on making deep learning “legible,” applying mixed reality to the practical use of deep learning and data dignity.

Microsoft has yet to make a formal announcement regarding its new Data Dignity team but expect to hear more as the software giant continues to position itself as a champion of user privacy.