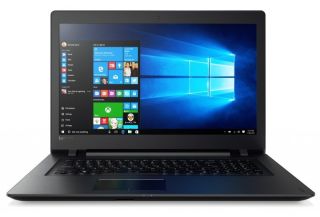 A worrying trend that started in the US has worldwide implications for the billions of internet users.

Late last year, the US Federal Communications Commission voted to overturn rules that had until now forced internet service providers to treat all data traffic neutrally.

For two years, the internet was regulated as a public utility which meant that ISPs were legally bound to keep the internet open, but things changed under the Trump administration.

In theory, it means that your service provider can decide to throttle or block access from a particular service or ask you to pay extra to get faster speed for certain content.

Even more worrying is the fact that the majority of the world’s internet traffic runs through US-based internet service providers; that will have an impact on anyone communicating with parties or using services located in the US.

What does that mean in real life?

ISPs are increasingly becoming content providers of their own and can now legally prioritise theirs at the expense of competing offers.

Even more subtle is when they offer outright preferential treatment to some partner services (e.g. when consumption doesn’t count against your allowance).

They may also decide to (de)prioritise certain types of content (e.g. audio and video services) during peak times to put them in the slower/faster lane.

Couple all the above with the fact that ISPs in the US have had the right to sell their users’ web history since March 2017 and you’d be right to be even more worried.

Sometimes, ISPs log your shopping records, location, and age in order to sell the information to advertising companies, so they can better relate their ads to you while you surf the web.

ISPs often employ deep packet inspection where they scan packets of information you send and receive over their network to spy on your internet browsing habits and throttle your usage.

This kind of snooping severely infringes on users’ privacy because it allows ISPs access to your internet activity.

In addition to deep packet inspection, ISPs also spy on users’ activity to monitor their internet usage and throttle their upload and download speeds, which can make it difficult, and sometimes nearly impossible, to stream content or simply initiate a Google search.

How a VPN can help you bypass restrictions?

There’s an easy way to evade net neutrality blocks: use a virtual private network (VPN) service. In simple terms, a VPN is a blanket layer of security that you can add to your online network for anonymous web browsing.  With a VPN activated, your device’s internet connection becomes encrypted, blocking your ISP from peeping into your online activity.

All they will see is you getting connected to a server but nothing beyond that. If they ever looked closer at the flow of data, they would only see a mess of jumbled letters and numbers, making it nearly impossible for them to uncover any information, as it is heavily encrypted.

Not all VPNs are the same

But not all VPNs are equal. A fair few lure customers and collect their data and then resold to advertisers (oh irony!), others will give you sub-optimal features and inferior performance under the pretence that it is free.

There’s even more though; in 2005, a popular VPN service was caught enrolling millions of users into a network that could be used for nefarious purposes and, just recently, Facebook has been accused of using its own free VPN to monitor user activity across mobile apps.

When dealing with your digital online lifestyle, stick to the tried-and-trusted adage: “If you're not paying for the product, then you are the product."

There are different kinds of VPNs that have various levels of protection. For instance, a top tier, premium VPN provider offers multiple connection types through apps and software in hopes to fit your exact needs between the high speed, heavy encryption, and niche location.