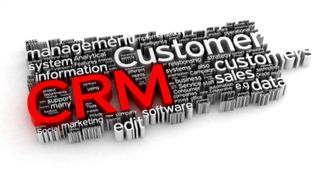 SugarCRM, like Alfresco, Red Hat and a few other companies, is often regarded as the poster child of a new wave of open source within the enterprise. Far from the rhetoric, philosophical stance of the likes of Richard Stallman from the Free Software Foundation, proponents of the new open source movement seem to have adopted a more pragmatic, down to earth and ultimately conciliatory approach.

Larry Augustin, the CEO of SugarCRM, helped coin the term 'open source'. "It came about," he said, "to avoid using the word free". Open source, Augustin added, is not just "a philosophical concept, it is just a better way to do things."

"Open source is our manufacturing process philosophy and I think the CRM industry is ripe for innovation." He pointed to Stitch, the company's latest acquisition as a way to accelerate its roadmap with more to come potentially.

Augustin was the first to admit that open source has changed. "Starting to work with open access to source code was a very radical concept back then," he said. "In fact," he added, "access to the source code is not very useful unless you know how to use it."

It wouldn't be far-fetched to say that open source has won the battle against proprietary code. The public internet runs mostly on open source (LAMP, Open Stack, Open Compute) and is accessed primarily via open source means (Chrome, Firefox).

Part of this can be explained by the fact that open source helped to kick-start the rise of "freemium", the cloud services equivalent of shareware in the software world.

Very low running costs allowed startups to offer "light" versions of their services with no time constraints, not only allowing them to get new customers but also helping out other micro businesses/startups that often need a couple of accounts.

Open source works exceedingly well for the enterprise market where sharing code actually helps your audience and the end users are very often willing to participate (by contributing man hours and other resources, for example), ultimately helping to create a better ecosystem.

That level of cooperation can also accelerate your roadmap by allowing your very own customers, the ones that would benefit the most from using your product, to prioritise and even produce the features that they believe will be the most useful.

There's also another seldom talked about advantage of open sourcing your code. "It helps to make your code tidier," Augustin quipped. It is human nature after all; if you know guests will be visiting your lounge, you're more than likely to hoover and rearrange the cushions.

Tidier code – which includes documenting it properly – makes it easier to debug a program or track down a vulnerability.

As for SugarCRM, well, it is quietly soldiering along. It signed Deutsche Telekom and its Systems Solutions Unit, T-Systems, just went live with its SugarCRM Software hosting service in Germany, and is reselling Sugar as a hosted cloud solution on its infrastructure. "Deutsche Telekom is the ideal partner to bring secure enterprise CRM services to the European market," said Augustin. "It's a unique offering: industry-leading CRM, data security, data privacy under German law, and hosted by Deutsche Telekom."

But that's only a small step in the company's plans. SugarCRM wants to change the very foundation of a traditional CRM, moving the focus away from what a salesperson does – managing a sales team – to what it is supposed to do, namely managing customer relations.

"There are a lot of opportunities around that as we move to less red taping or data entry," noted Augustin. A lot of startups have been building solutions for rival platform, Salesforce, and Stitch, which was acquired earlier this month, won the Salesforce $1M hackathon at Dreamforce 2014.

The future of CRM

What does the future entail for SugarCRM? "There are three things I see in the future of CRM in the short term," Augustin told me.

First is the move from a system of records (data) to activity. "The CRM must help me do things with the customer, it should be about the activity, not limited to the data."

Second is the transition from being a tool focused on the sales cycle to being a product that helps manage the customer lifecycle. "Partners will be very important to help do that for niche verticals," Augustin noted.

The third point is that analytics around data collected will become vital. This is about supporting the capability to help move from "I have data" to "what I should be doing with that data" and "what action should I do next", with a sprinkle of prediction and sentiment analytics.

The common thread running amongst these three will be the fact that SugarCRM is now firmly a mobile-first company.

Where will CRM go from there? "CRMs will need to be more helpful for the individual," he quipped. "There's a broader trend towards the consumerisation of enterprise apps as they need to develop consumer-like features to help the end user within the company."