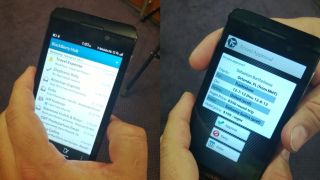 UK Chancellor George Osbourne recently announced a series of measures as part of the UK Government's Spending Review with an aim of stimulating growth in the economy. Mr Osborne needs to find a further £11.5bn in savings from government departments in 2015/16 in order to achieve previously set targets.

That means big cuts to the budgets of many government departments already feeling the squeeze from the 2010 review. Though the budgets of several public sector departments (like schools, the NHS and overseas aid) have been ring-fenced, other departments will have to bear a heavier burden, with average budget cuts of 8%.

There are of course concerns that this will have a detrimental impact on frontline services provided by government departments. However, making cuts is not necessarily the only way to reduce costs, without placing a heavier burden on the public sector.

According to the Government's Digital Strategy (Nov 2012), an hour currently spent interacting with Government costs the citizen £14.70.

In fact, if just half an hour were saved by digitising every transaction currently completed offline; the total savings to the economy would be in excess of £1.8 billion. This isn't out of the question either; over 56% of UK adults now own a mobile phone that is web enabled and there is a growing demand for services to be available digitally.

HP recently commissioned a study by iGov to look at the adoption of services provided by services designed to work on mobile devices within the public sector. In total, 261 unique organisations completed the survey which represented a broad cross section of public authorities from Local Government (43%), Central Government (18%), NHS (27%) and Universities (12%).

The survey found that contrary to a lot of recent reports in the media, the public sector is increasingly coming to terms with the large-scale societal changes taking place as a result of mobile technology.

Mobile is indeed already being used for a number of beneficial purposes, helping to reduce costs across the board. 60% of respondents reported that they were already using it to enable staff to work flexibly and more productively, through working remotely (30%) or as a day to day tool for staff in the field (26%).

A third of respondents also indicated that bringing mobility to the workplace meant that staff time had also been freed up in order to deliver frontline services.

Mobility should certainly then be embraced by the public sector as it helps to drive efficiency and the delivery of services to the public. However whilst great strides have been taken in this regard over the past few years, there is of course more that can be done in order to reduce the toll of newly introduced budget cuts.

The same survey also showed that security concerns are currently the main inhibitor (23%) of uptake of mobile services, whilst only 14% currently see mobile technology's main function as an aid to deliver public services online. That being said, these departments also need to step up engagement with the public in order to assess the user experience after implementing mobile delivery of public services.

It is important, if efficiency and the financial goals that Mr Osborne is aiming for are to be achieved, that the public sector changes the way it sees and uses mobile technology. Fortunately Government appreciates and understands the need to move to mobile whilst making sure that existing services are portable to mobile.

As Tom Loosemore wrote back in March 2013, "People should be able to use digital services wherever they are, on the device of their choosing … We're confident that for government services, the mobile web is a winner, both from a user and a cost perspective". Only by fully embracing this trend can the UK public sector really move forward in sync with the public itself.