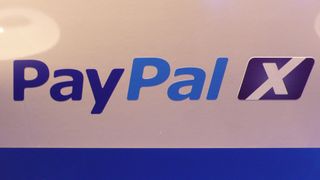 PayPal has made a big splash in the cybersecurity sector by acquiring Israeli startup CyActive for what is thought to be at least $60 million (around £39 million, or AU$78 million).

The deal, which is the second PayPal has ever signed in Israel, includes CyActive's revolutionary technology that can apparently predict what malware hackers are going to come up with next and then allow developers to prevent attacks before they've taken place.

Those behind CyActive believe that most malware instances are constructed using the same core components from much earlier attacks and as such new attacks are simply advanced versions of what has come before. CEO Leron Tancman pointed to the likes of Flame, Stuxnet and the recent Sony Pictures hack as prime examples of attacks that have used a similar core from older attacks.

CyActive is in fact only just a year old and already has an army of investors behind it such as Siemens' VC-unit SFS VC, and its CEO Ralf Schnall told ZDNet that "CyActive's founders are leaders in the field and the company's unprecedented cyber security technology turns the economic equation in favour of the defender."

PayPal has been active in Israel for some time after making its first acquisition back in 2008 when it took on board risk tools and analytics company Fraud Sciences and last November it awarded Israeli startup AirHop $100,000 (around £66,350, or AU$130,500) in its BattleHack for Good contest.