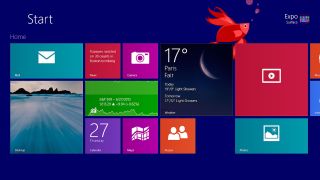 Microsoft has launched a beta preview of its 'Project Siena', a Windows 8.1 app that lets you easily create your own windows app.

Its designed as a quick tool for building Windows 8-style apps without any programming skills necessary. The new release is also touch friendly, meaning it can be done just as easily from a tablet.

Developers won't get the power of tools like Virtual Studio, but that isn't the point behind Siena. It's designed to create apps that are more document-like and highly visual in nature.

There are a wide range of possible apps that can be created through Siena. These may include, but certainly aren't limited to product catalogs, logistics, customer service and auditing. Created apps can be made capable to utilize pen and voice notes, videos and photos.

"Siena apps are as easy as editing a document," explains Microsoft on the app page. You place some visuals on a canvas. You hook them up to your data. You customize how your app looks and works. Then, if you need special logic and intelligence, you write some Excel-like expressions. You can use your app immediately, or share it with colleagues or the world."

Siena looks to be very similar to Microsoft's Windows Phone App Studio that lets users create apps on the web. Siena can embed data sources from Excel, Axure, REST, RSS and SharePoint, so it's immediately an accessible way to create a personalised and custom RSS reader.

The preview comes with a lot of control over visual elements, such as colour, font size, fill and other aspects. Anyone can create an app using it and then immediately publish and share it with others as an installer package.

With developers becoming more and more numerous, Project Siena is likely an effort to attract them towards Microsfot products. Siena uses HTML5 and JavaScript, which should make it popular among business users. Easily adaptable for use with several apps, Microsoft is targeting this version for business analysts, experts, consultants and 'app engineers'.