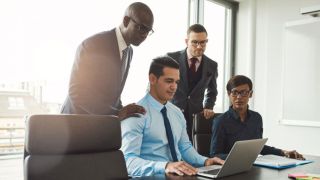 The changes come as part of the retailer’s 3-in-1 initiative, which was announced at Dixons Carphone’s recent trading update. This will merge the remaining PC World and Curry’s stores while adding a Carphone Warehouse store.

The high street retailer explained that this new combined structure will be led by one general manager and a single retail director, claiming this will bring greater clarity and opportunities for employees across all three brands.

Willis will leave Carphone Warehouse after eight years at the high street brand, a Dixons Carphone spokesperson said: ‘After eight years with the business, Justin Willis has decided to pursue a career change in a different industry.

‘He joined us as a regional manager, progressing on to become UK stores director for CPW. In the past few years he’s been instrumental through the launch of PinPoint, our response to the collapse of Phones 4U, and through our integration journey to date. He leaves with our sincere thanks and best wishes.’