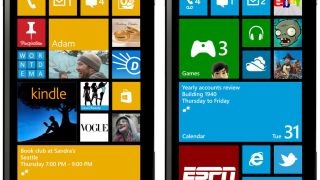 About to get a whole lot more amazing

Windows Phone fans brace yourselves, there's something big brewing over in Redmond as a senior software engineer drops a hint about something "pretty amazing."

"Just wait for it, I can't give a timetable, I can't even tell you what is it, but something's going to happen in the Windows Phone space that's going to upset the entire world across everything."

Berg concluded: "wait for it, it's going to be pretty amazing."

Microsoft has already shown off touch-less 3D display technology running on a smartphone prototype, and this could well be the technology Berg is referencing in the video.

Of course, he could be referring to something completely different - hopefully this isn't a nod towards reports that Microsoft will finally provide a folders function in Windows Phone in a future update of Windows Phone 8.1. While that would be a useful addition, it's hardly worth a teaser.

With no timeline provided we're going to have to sit tight and keep an eye out for any other clues in the coming days/weeks/months.