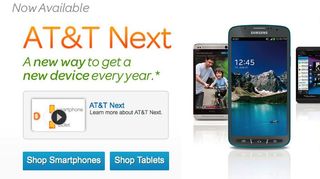 It's not buying Vodafone - for now

US telecoms provider AT&T has confirmed that it will not make an offer for Vodafone at the request of the UK Takeover Panel. The telco had been linked with a bid for the company after its chief executive said in October that mobile broadband in Europe represented a "huge opportunity" for investment.

Today's statement means that AT&T cannot make an offer to buy Vodafone for at least six months, unless it is invited to do so by the company or another firm announces an intention to table a bid.

AT&T is the second-largest mobile operator in the US and some speculation had suggested that a deal in the region of £70 billion and upwards was in the offing. There is some suggestion, however, that the a deal may yet be a possibility at a later date.

Reuters reports that one banker hoping to advise on any future bid believes that Vodafone is the perfect partner for AT&T due to its European-wide presence. It was suggested that AT&T was simply not ready to make an offer, due in part to the recent NSA spying claims that have complicated the matter.