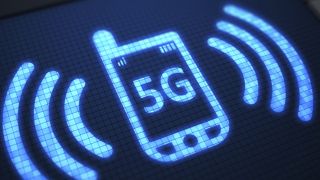 Ofcom CTO Mansoor Hanif has said the two biggest barriers to 5G networks fulfilling their potential are the availability of spectrum and security.

The fist 5G networks are set to go live in the UK in 2019 or 2020, bringing gigabit speeds, greater capacity and, eventually, ultra-low latency.

5G will comprise multiple bands supporting different types of applications. Ofcom has already held one auction of 5G spectrum, the sale of 3.4GHz airwaves earlier this year but is working to make as much bandwidth available to the industry as it can.

“When it comes to spectrum, I totally share [the industry’s] pain and we’re trying to get as much out there as possible,” Hanif told Broadband World Forum in Berlin last week. “We’ve already released some and our biggest priority right now is the 3.6-3.8 GHz band. But it’s a process that takes time.”

He added that he was observing auctions in other countries, including the recent sale in Italy which raised considerably more than expected. Hanif noted that the mid-level bandwidth was the most expensive yet millimetre Wave (mmWave) frequencies were less in demand. This contrasts with the US, where mmWave spectrum is already being used to power FWA broadband.

“There’s a fundamental gap in terms of what people think what they can do with that spectrum,” he continued. “We should be creative and understand what [the different bands] can be used for. Why is there perceived value in some countries and not in others?”

Of course, spectrum isn’t the only factor affecting rollout, as any mobile operator will tell you. Hanif was appointed Ofcom CTO earlier this year having spent several years at EE and BT and acknowledged that more needed to be done to make it easier and cheaper for operators to deploy and upgrade infrastructure.

“There’s a big programme with DCMS to ease access to mobile infrastructure, ease the planning process and [grant] access to street furniture, ducts and poles,” he said. “There’s a barrier taskforce in government and there are a lot of public-private trials in the UK, such as the ones ion the west Midlands. A consortium is building a 5G network there to see how we can lower the cost.

“Local authorities are strapped for cash and auctions are seen as a way of generating revenue. But increasingly they see tech as a way of becoming more efficient and benefiting in the future, even if they have to take less cash up front.”

Beyond the fact that 5G technology is more cost effective, the other key attraction to operators is the ability to offer new types of services. The ultra-low latency will enable applications such as the Industrial Internet of Things (IIoT) and connected cars, while network slicing will guarantee a minimal level of service.

However, Hanif said security needed to be in place for industrial applications.

“It’s about making sure those service can be rolled out commercially,” he argued.  “The biggest blocker for us as a regulator is security. If you’re going to use 5G for all your industry as the UK wants to, it has to be secure.”

“It will be one the focuses of my team to ensure we get the security built-in. Apart from spectrum, it’s the biggest challenge to overcome and I think we will.”

So, what does Hanif think the killer application for 5G?

“3G was overhyped, 4G was underhyped as it was much better than we thought, and 5G started with the wrong type of hype,” he said. “[Now] we’ve moved to the right type of hype and I feel as though the platform is the thing that should be hyped. [The platform] is a battering ram to introduce other things like automation.

I think 5G is a killer platform that can handle services.”