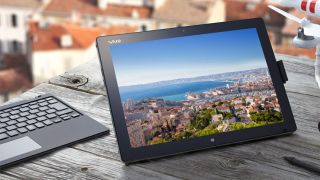 Vaio computers are coming back to America and a Microsoft Store near you this October.

Earlier this February, the former Sony computing brand announced its comeback by introducing two machines; a 13.3-inch hybrid Ultrabook and a 12.1-inch convertible tablet. The now Japan Industrial Partners owned company has unveiled its plans to launch the latter device, the Z Canvas 2-in-1 laptop, in the US later this fall.

Vaio also announced its plans on start selling products in Brazil as well, but it hasn't shared any concrete details on what products it will offer in the future. There's also no word on whether the Vaio Z 13.3-inch convertible Ultrabook will be making its way state side.

Vaio has never been known as an affordable brand, but the now the company is particularly interested in going after a smaller, specialized group including creative professionals. In an interview with The Wall Street Journal, Ota boldly claimed he wants to offer graphic designers, photographers and anyone else who uses Apple computers because there are no good Windows machine alternatives.

Ota added Vaio isn't interested in cheap models for everyone, instead the company plans to attract a high-end base that are willing to pay more for the latest and greatest specifications.