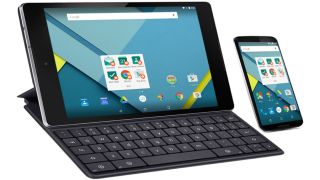 Mobile device security is still not being taken seriously by enterprises with new figures revealing that half of companies still don't have an official management program in place for mobile devices used by workers.

A survey carried out by SOTI found that even though under 10 per cent of global companies think Android devices have not been integral to daily operations, 40 per cent still have concerns over the platform's devices and as such are reluctant to let them officially connect to corporate assets.

The results come right after the announcement of the new Android for Work apps this week and SOTI is working together with Google to provide a combined solution that has management tools plus a framework to allow enterprises to connect Android devices to their bring your own device (BYOD) strategy with confidence.

The biggest security fear is a lack of separation between personal and corporate data on devices, which was something expressed by 32 per cent of those surveyed and this is something that will be remedied by the new Android for Work apps that allow the clear separation that is craved.

All this considered it's a surprise that half of the 460 global respondents admitted that a management program isn't in place and with BYOD usage mushrooming developing a plan is extremely important to maintain security.