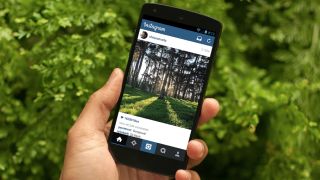 Is the web vanishing under pressure from apps?

The zettabyte era is almost here. According to Cisco, in 2018 alone over 1.6 zettabytes of annual global IP traffic will be generated, a figure greater than all of the IP traffic between 1984 and 2013.

By then, Wi-Fi will contribute 61% of IP traffic, outrunning wired networks, with 5.2 billion global mobile users by 2019. It's said that the Internet of Things will see 50 billion devices talking to each other by 2020. The internet is in rude health – but how about the web?

How is the web evolving?

If it's the internet that provides the technical backbone, it's the worldwide web – the 'services side' – that reaches ever deeper into our lives. But it's changing, and fast…

The most obvious change is that it has gone mobile. "The adoption of encrypted traffic over the HTTPS protocol has been rapid over the last couple of years," says Juho Snellman, Development Manager at Teclo Networks, whose customers include the Iliad-owned Free Mobile in France and MTS. "At some mobile operators it has increased from a few percent of total traffic a couple of years ago, to over a third of the traffic today, with no sign of the transition slowing down."

There have been technical enhancements, too. "The HTML5 standard has added major functionality to browsers, making it a more powerful application platform (and) the adoption of encrypted traffic over the HTTPS protocol has been rapid over the last couple of years," says Snellman.

However, by far the biggest change has seen the web become personal – and that's completely changing what it looks like. "The web started out as a content repository where search was the key enabler," says Richard Moulds, VP Strategy, Thales e-Security. "Web 2.0 was about user-driven content and social media was the big enabler, and Web 3.0 is all about personalisation where different users experience different things based on their history and preference. For this transition, big data is the key enabler – without massive data analytics, personalisation on a grand scale is not possible."

"The so-called 'GAFA' members – Google, Apple, Facebook, Amazon – are the main players, and between the four of them are defining forces on the internet across nearly every platform and channel," says Adam Croxen, Managing Director of Future Platforms. The vast majority of the web is run by one of these four companies.

Moulds thinks there's nothing to worry about. "The whole point is that they don't dominate content, they merely enable it to be shared," he says. "The content is driven by users – the power of social media is in finding people you want to listen to."

Social media feeds now regularly come with sponsored posts and all kinds of irritating content based, in theory, on our preferences, but Moulds thinks that the endgame of these early experiments is highly attractive. "If we can move beyond the generic concept of mass advertising to a truly personalised information feed based on our genuine preferences, then that saves a lot of time and might be a good thing," he says.

Is Snapchat's Discover feature a sign of things to come?

Curated content, rather than random social media feeds, appears to be making a comeback. Snapchat, the social network-cum-messaging app where people's photo and video messages disappear within 10 seconds, hosts a fascinating new attempt at content curation.

Called Discover, it presents 12 individual, clickable sources of video features. The only problem? An excellent National Geographic video hub aside, Discover is dominated by trash (Mail Online, Cosmopolitan, People) and US sports; it should be called Distract. It's also completely un-interactive and un-shareable, which jars with the idea of random messaging between friends.

Marco Nardone, CEO of random messaging app Fling, is less sure about SnapChat's new venture. "Snapchat has always been a fun way to message friends, but Discover is about taking the messaging model and turning it into a media outlet itself. This is taking Snapchat away from the private messaging arena altogether and I have to admit it's questionable as to whether this is the right approach to its evolution."

However, Nardone can see where SnapChat is going with Discover. "With a third of all US millennials active on Snapchat, the company is obviously seeing the potential for it to be the next 'TV' platform."

He's right; does anyone seriously think that the TV industry isn't already getting boiled down to being just some apps on a phone? It's another example of Web 3.0 changing how everything looks.

Current page: Introduction and evolution of the web

Next Page Death of the browser?
See more Web news