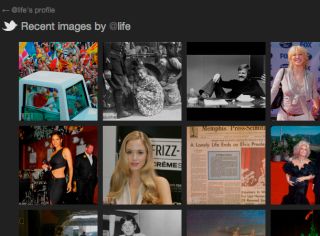 Twitter has added a new User Galleries feature, which brings together all of the photos you have uploaded using the site.

The service will not only feature images you've added using Twitter's own photo-sharing functionality, but those uploaded through third party apps like Twitpic and yfrog.

User Galleries will be the closest thing yet to an official photo album for Twitter users.

The feature is currently being rolled-out and will appear on the right hand side of the Twitter profile page. Once you've opened the user gallery, it can be viewed in the Grid (pictured) or Detailed format.

A guide to the new functionality on the Twitter help centre site explains that your 100 most recent images will be included in the feed, but video posts will miss out.

Any images uploaded before January 1st 2010 will also not appear in your personal gallery.