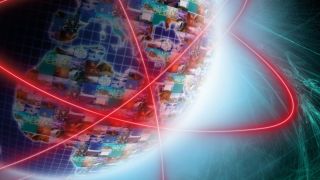 HTTP/2 on the way

HTTP will be revamped for the first time this century after HTTP/2 took a big step to becoming a reality and speeding up all facets of the web.

A blog post from the Internet Engineering Task Force HTTP Working Group chair Mark Nottingham explained that the HTTP/2 and HPACK specifications have been approved by the IESG and are on their way to the RFC Editor to be assigned numbers in order to be published as soon as possible.

HTTP/2 is based on Google's SPDY and is designed to speed up web browsing by using innovative new ways to transport data between the browser and server over the internet.

It allows servers to respond with a higher amount of content than originally requested and defeats the need for an end user computer to send continual requests for data once on a site.

Change will be seamless

The most recent update to HTTP came 16 years ago when HTTP 1.1 was released in 1999 and, whilst HTTP/2 will retain the same APIs as its predecessor, it is very different and will improve the world wide web for desktop and mobile users.

The change should be a seamless one and it is backwards compatible with HTTP1.1 meaning that any alterations will occur without the end user's knowledge except for the obviously visible faster loading times.