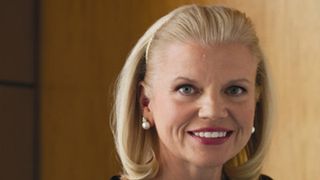 Sixty-two percent of technology executives say their organization plans to increase IT infrastructure spending over the next 12 to 18 months, according to a study conducted by IBM.

The additional spend will go toward addressing the proliferation of mobile devices, social media, data analytics and cloud computing, for which fewer than 10% of respondents said they are prepared. Despite their lack of preparedness, 70% of executives say they believe IT infrastructure plays an important role in optimizing revenue and profit, according to the study.

Security is a concern for just fewer than half of respondents. Forty-six percent said they face challenges with efficiently and securely moving large amounts of data between regions. Forty-three percent report challenges with maintaining a secure environment.

IBM attempts to meet these needs

IBM has recently launched a slew of new products and services designed to meet the needs stated in the report. Last week, IBM announced a partnership that would enable the company to directly manage devices running the BlackBerry 10 operating system.

IBM also launched on-premise and cloud-based software designed to enhance collaboration between enterprises and third-party partners and suppliers. The software is designed to improve the management of shared business processes, performance analytics, compliance, and data sharing between organizations and the companies with whom they conduct business.

In March, IBM completed its acquisition of database-as-a-service (DBaaS) provider Cloudant. The purchase is designed to further IBM's interests in big data and analytics, cloud computing and mobile.

In February, IBM launched QRadar Incident Forensics, which is designed to help security professionals retrace the steps of cyber criminals, helping identify how breaches were made or where vulnerabilities lie.

The survey is based on responses from 750 CTOs, CIOs and other technology executives in 18 countries and 19 industries, according to IBM.