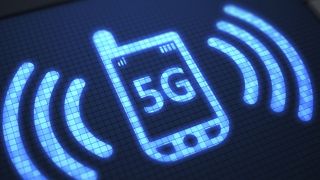 Huawei has delivered a reminder of its technical expertise by breaking the world record 5G speed for a single user smartphone.

The Chinese network equipment manufacturer built a 3GPP compliant test network at a Turk Telecom facility in Istanbul to achieve speeds in excess of 2.92Gbps.

Although it’s unlikely that commercial users will be able to access speeds any time soon, it does demonstrate the theoretical potential of 5G using commercial equipment. A Huawei Mate X smartphone was used, alongside a Turk Telecom 5G SIM card.

“We combined two 5G carriers and established a new world record by reaching speeds of above 2.92 Gbps in our live 5G test network,” said Yusuf Kıraç, Türk Telekom’s CTO. “We are also the first operator to experiment with the 5G New Radio Carrier Aggregation Technology (C-Band NR Carrier Aggregation), which doubles the 5G link speed. Türk Telekom will continue to lead the development of all new generation technologies that our country needs in the future, as we do today.

“We have reached unprecedented speeds thanks to this technology, which provides many benefits for users and operators. The high speed and large capacity targets promised by 5G technology have been achieved.”

Huawei says the speeds are only possible because of its C-Band Carrier Aggregation technology that binds multiple spectrum bands to deliver improvements to speed and capacity.

“In today's test, what we have achieved is not only a record in Turkey but also a world record for 5G speed, “ added Simon Pei, deputy country general manager of Huawei Turkey. “[The test was] Based on C-band 200MHz IBW and 2CC Carrier Aggregation technologies which only Huawei products can support.”

The US is urging allies to follow its lead and ban Huawei from participating in their rollouts of 5G networks. The company is blacklisted because of national security concerns 5G and has frequently denied any allegations of wrongdoing. America has yet to produce any evidence to support its claims but is nonetheless persisting with its lobbying efforts.

Such warnings have had limited impact in Europe, where Huawei is a major partner for many major operators. This includes the UK, where reports suggest the government will not prevent the company from playing a role. Part of the reason for resistance is the perception that Huawei’s kit is more advanced than its rivals and it would be difficult to replace.