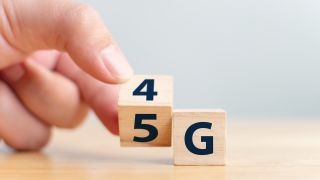 5G smartphones will account for more than half of all mobile phone sales by 2023 as manufacturers seeking to arrest the ongoing contraction of the market.

According to Gartner, sales of devices (PCs, tablets and mobile phones) will fall by 3.3 per cent in 2019 to 2.2 billion. But it is mobile phone shipments that are declining the most at 3.8 per cent.

When it comes to smartphones, the 2.5 per cent contraction is the worst decline ever.

The decrease has been attributed largely to the increasing lifespan of mobile devices, an issue exacerbated by a perceived lack of innovation within the market. By 2023, the average lifespan of a device will be 2.9 years.

“The current mobile phone market of 1.7 billion shipments is around 10% below the 1.9 billion shipments reached in 2015,” said Ranjit Atwal, research director at Gartner. “If mobile phones don’t provide significant new utility, efficiency or experiences, users won’t upgrade them, and will consequently increase these devices’ life spans.”

The arrival of 5G networks has regularly been touted as a way to revive sales. 5G is available in parts of Asia, the US, Europe and the UK but coverage is limited to major cities for now, while handsets are expensive.

Gartner believes seven per cent of mobile operators worldwide will have a commercially viable 5G service by 2020 with 5G-compatible devices accounting for six per cent of the market.

As 5G becomes more widespread, it is thought vendors will seek to release more affordable models in order to increase sales. This drive will see 5G phones account for 51 per cent of the market by 2023.