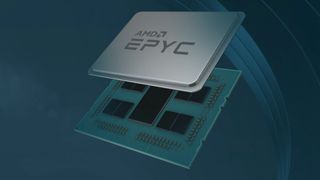 There are whispers on the grapevine that Google is thinking of switching its servers over from Intel to AMD, which would obviously be a huge win for the latter.

Before we get too carried away, though, bear firmly in mind that this is merely speculation from an analyst firm.

As Seeking Alpha highlighted, Lynx Equity Research is the company in question, with its analysts hearing ‘rumblings’ that Google is no longer happy with Intel’s server hardware.

Moreover, the analyst firm has floated the notion that its research into the supply chain indicates that AMD server boards are being made for Google, to back up the broad assertion.

If this prediction comes true, the gravity of this can’t be underestimated for AMD, given the sheer weight of number of servers that Google has (Google is obviously one of the biggest server heavyweights out there, probably vying for the top spot with Microsoft, although exact figures aren’t clear). Not to mention the general signal this will give off to the server buying world.

Remember that server CPUs are where the real money is to be made, not consumer chips (although in the latter, AMD is already squeezing out Intel by all accounts).

AMD has made big strides with its ‘Rome’ second-gen Epyc server processors, which are set to be launched in August, with other analysts previously picking out these CPUs and the data center market as a particular strong point for AMD with its new 7nm products.

Epyc offers 64-cores and 128-threads per socket, not to mention that crucially, for the business market, AMD’s chips have been seen to have less security issues than Intel’s in recent times.

Of course, even if Google is switching across to AMD as suggested, that shift will happen slowly (likely very slowly) over time. And Intel will doubtless want to fight back, and fight back hard – it’s already rumored to be doing so in the consumer market with a purported 10-core Comet Lake CPU to take on AMD’s new Ryzen 9 3900X.