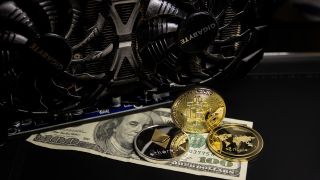 Google blocked cryptocurrency miners from the Chrome Web Store in April, and has now extended that ban to mobile apps. Apps for managing mining remotely are still permitted, though.

The updated Play Store guidelines also bar apps that "appeal to children but have adult themes", which should halt the flow of bizarre games that invite players to perform surgery on cartoon characters.

Google has faced fierce criticism from parents for hosting similarly creepy and inappropriate videos on YouTube, where they're likely to be found by children looking for episodes of their favorite TV shows.

Google has cracked down on algorithmically-generated apps that cobble together a strange mixture of keywords to harvest clicks – another problem the Play Store has in common with YouTube.

"Apps that are created by an automated tool, wizard service, or based on templates and submitted to Google Play by the operator of that service on behalf of other persons are not allowed," the company says.

"Such apps are only permissible if they are published by an individually registered developer account belonging to the user of the automated tool, not the operator of the service."

To cut down on 'low quality' apps even further, the new policy bans apps that are nearly identical to ones already published on Google Play – whether they're copies of other creators' content, or several versions of the developer's own work.

"If these apps are each small in content volume, developers should consider creating a single app that aggregates all the content," Google advises.