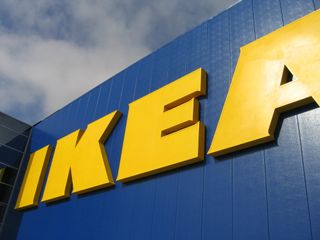 "There are so many temptations in this direction; we can put our logo on anything and it would probably sell. It's a little bit like an iPod or Apple or Nike ," Ikea chief executive Anders Dahlvig told Reuters .

Asked whether he saw home electronics as being part of the future strategy for Ikea, Dahlvig said: "Maybe. It depends on the stores. They are big, but they are still crowded; there are lots of products we would like to have in there."

As part of a 'bigger focus' on products for the living room in the next year, Ikea will start stocking accessories for TV and videogames alongside its sofa and storage ranges in its 237 worldwide stores.

Prepare to see products such as the 'Dator' computer, the 'Snurra' hard drive and the 'Peka' mouse next to ' Billy ' bookcases in the future. The question is, will you have to use an Allen key to put them together?