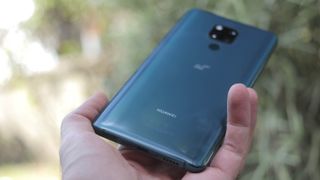 Successful early marketing campaigns and strong operator momentum have generated consumer demand for 5G services, according to a study by CCS Insight.

Analysts believe there will be one billion connections by 2022, two billon by 2024 and three billion by 2025, with more than half of people stating 5G would pay a significant role in their next smartphone purchase. These are more optimistic than other projections.

Nine in ten people in the UK have heard of 5G, more than the US where networks launched six months earlier. Online gaming and home broadband services were two of the new applications cited as a reason for adoption.

The figures are a boost for operators and smartphone manufacturers seeking to increase revenues, but there are still some barriers to adoption. Many consumers are tied up in long-term contracts, while the cost of 5G smartphones is still high. Meanwhile, Apple is not expected to launch a 5G handset until next year at the earliest.

One third of people in the UK say they don’t need 5G and seven in ten want proof of 5G’s value before committing to a new contract. There is also a reluctance to pay more for 5G, although in the UK this will be less of a problem with some operators indicating they won’t charge a premium.

Kester Mann, an analyst with CCS Insight believes these barriers to adoption will be solved.

“There's a real opportunity for operators, handset makers and other players to gain market share in 5G by offering more-innovative service plans and to better communicate 5G's benefits," he said. “And over the next year 5G-capable smartphones will appear at much more attractive prices than the current highs of $1,200 (£1,000).”

Better than expected momentum in Europe will also help drive adoption. There now more than 17 live 5G networks on the continent, including four in the UK. However China will be the major market for 5G, with the country’s ambitious plans for rollout benefiting the entire industry. By 2025, it is predicted there will be 1.2 billion 5G connections – around 40 per cent of the global total.

"Chinese operators' desire for a fast debut in 5G is good news for everyone. Smartphone makers and their component suppliers are racing to create products at competitive prices to benefit from a market where we expect about 100 million 5G-capable phones to be sold in 2020 alone,” added Marina Koytcheva, vice president of forecasting at CCS Insight. “These new, lower-priced 5G devices will be welcomed by operators in other markets, as they will help them attract customers to their 5G networks, and might prompt demand for phones to bounce back a little in Western markets.”