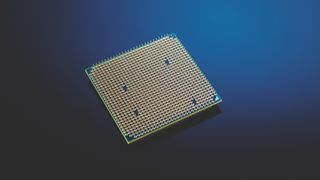 AMD is hooking up with Samsung as a supplier for its chips in 2016, at least according to the rumour mill.

This piece of speculation comes from the Electronic Times, via the usual anonymous sources.

According to the South Korean paper, both Samsung and Globalfoundries will be involved in jointly manufacturing an AMD CPU and graphics processing chip on a 14nm process.

AMD's new Zen processors are due to arrive later next year, with big chunky FX desktop CPUs set to be the first to hit shelves – with plenty of expectations riding on their shoulders. Indeed, Zen is AMD's big hope to pull back some much-needed turf from Intel on the desktop front.

Electronic Times is the source of many rumours from the Far East supply chain, and although it's not always on the money, this certainly makes sense from Samsung's point of view, given that sales of its phones and tablets have been on the slide – despite making great strides in terms of innovation with its latest handsets, which were critically acclaimed.

Neither AMD or Samsung has commented on this particular rumour, which obviously isn't surprising at this point.