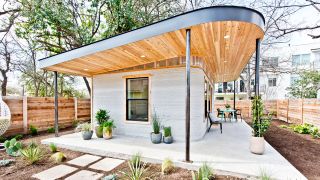 Novel uses are being found for 3D printing all the time, and in the US, the latest brainwave is to use these devices to swiftly build houses to help tackle the problem of homelessness.

The Los Angeles City Council is already looking at firing up a project to purchase 3D printers to be used to print materials for the construction of homes, swiftly providing houses for those who don’t have one.

As NBC reports, Herb Wesson, President of the Council, is behind this push, and was inspired by work in Texas where homes of 350 square feet were made in around 48 hours. He believes it’s possible to produce larger dwellings of 800 square feet in the same amount of time with a 3D printing operation working to full capacity.

As to where funding might come from, the motion from the council proposes to seek the approval of voters to tax those with personal income of more than $1 million. Introducing such a ‘millionaire’s tax’ at a level of 0.5% would generate around $240 million annually to drive forward with the project.

The aforementioned development for the homeless in Texas witnessed a prototype home being constructed in 48 hours, as mentioned – by a company called Icon, using a Vulcan II 3D printer – with the cost running to around $10,000.

The eventual plan for this Texan community (in Austin) is that it will consist of 500 homes spread across some 51 acres.

The house pictured at the top of this article is Icon’s first 3D-printed home produced specifically for the developing world, created as a proof of concept last year.