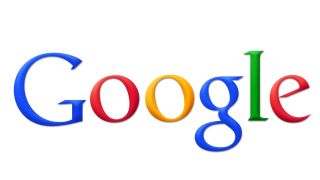 Google's overall revenues this quarter are up 24 percent year over year to $10.6 billion, a 1 percent quarter over quarter increase, said Google executives, including CEO Larry Page, on the company's quarterly earnings call this afternoon.

"All of us at Google feel a renewed sense of velocity, focus and optimism," Senior Vice President and CFO Patrick Pichette added. Google's websites, network, and other revenues are also up.

Stocks are being split

It would have equivalent rights to the existing class A and B stocks, minus voting rights. It will be issued through a stock dividend on all class A and class B shares.

So stockholders with a share of class A common stock with a single vote will retain that share, plus one share of class C capital stock (but without an extra vote).

Because all stockholders will receive one class C share for every share they currently hold, voting interests won't change after the dividend.

Majority shareholders Larry Page, Sergey Brin and Eric Schmidt will also be subject to transfer restriction agreements meant to maintain the same link between their voting and economic interests that exists today. The split will also ensure that their interests don't degrade over time.

Google's Senior VP of Corporate Development and Chief Legal Officer David Drummond said Google's board of directors underwent a "robust" and "expensive" process of deliberations to design the proposal. It still needs to be voted on, but "given that Larry, Sergey and Eric control the majority of voting power and support the proposal," as Drummond said, "we expect it to pass."

The duality of Google+

Page outlined the ways Google+ is shaping the entire Google experience. "Google+ is dually at the heart of our efforts to create a simpler more intuitive experience for all of our users," he said.

"You should think of it in two parts: one is just our social spine," he continued. "Once you're logged in and have upgraded to Google+, you're just using one Google, not a series of disconnected products. It's still early days, and with over 120 Google+ integrations to date, we're on the right track."

Page said users don't think of other services, like Google Play, as part of Google+, but they come from the same infrastructure.

"We're seeing a positive impact all across the Web. Google users can now recommend search results they like, a goal we've had ever since we started the company."

The other half of Google+ integration is the "social destination" accessed directly on mobile phones and through plus.google.com. Page said 170 million people have signed up for the service, emphasizing that it started from scratch, without integrating existing Google users.

"We see impressive engagement and fast growth here," Page said. "We're starting off a new community." He feels lucky to have passed 2 million Google+ followers himself, he added.

Page said many of their "crazy" newer products pass the "toothbrush test," meaning they're used on average at least one or two times daily. For example, Google Chrome has more than 200 million users, and 850,000 Android devices are activated every day, he said.

In addition, Youtube usage is "staggering, even by Google's standards," he admitted, with 800 million monthly users uploading over an hour of video per second.

"We're very excited about tablets," Page said in the Q&A portion of the call. He said Google Play and Android apps are a significant investment for them in the tablet space, and that lower-priced tablets that run a trimmed down version of Android may be successful in the near future.

In response to another question about tablet adoption over the next five years, he said, "I think people are going to get a lot more devices. We see kind of a convergence between all the services on those devices."

"I think you're going to have a pretty unified experience, and a great experience from a user point of view, and you won't have to manage all these devices [separately]," he said. "You want to think about all these screens around you working seamlessly and working well for you."