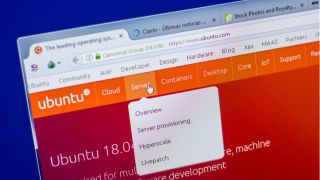 This year marks Ubuntu’s 15th birthday, with it now having established itself as the leading open source software operating system across public and OpenStack clouds.

As we reflect on this milestone, those of us at Canonical are thinking about what it is that sets us apart from other Linux distributions and has driven Ubuntu to underpin so many successful projects in its time.

One thing which has really come to the foreground during this time is Ubuntu’s popularity both as a desktop and a server. There is immense appreciation and adoption from the developer community, with millions of PC users around the world running Ubuntu. As the cloud landscape has matured, so too has the popularity of this OS as a server. Ubuntu runs on the majority of public cloud workloads across the board and, with our continued promise of free access for everyone, it has helped democratise access to innovation.

We frequently hear from people who tell us that they wouldn't be where they are if they hadn't had access to Ubuntu. In fact, our CEO, Mark Shuttleworth, recently said in an interview that "Ubuntu gives millions of software innovators around the world a platform that's very cheap, if not free, with which they can innovate." It helps the future to arrive faster, no matter who or where you are. In this respect it is unique as the one Linux distribution which has made Linux accessible to - and consumable by - everyone.

A platform for success

It is this ideology that has resulted in the numerous Ubuntu success stories. We so often hear from people about their stories and how they have used this open source platform to build incredible businesses upon. As mentioned earlier, the majority of the public cloud workloads run on Ubuntu, and so almost any hyper-scale company today is using Ubuntu. But often the best stories are those where people found ways to be creative and build something new using Ubuntu, or when scientists have made significant breakthroughs and the accompanying photo published in the press shows an Ubuntu desktop in the background.

Paramount in this success is the community mindset. At Canonical, we talk a lot about how the open source community powers fast and efficient innovation through a collaborative approach. The next wave of innovation will be powered by software which builds upon this collaborative effort, not just from a single company, but from a community committed to improving the entire landscape. The future success of self-driving cars, medical robots or smart cities is not something which should be entrusted to a select few companies, but instead to a global community of innovators who can come together to achieve the very best outcome.

The future of Ubuntu

Ubuntu will continue to be a platform which serves its users, no matter what their needs. On the desktop, we will continue to focus on performance and the engineering use case. We have increasingly seen requests for Ubuntu as an enterprise desktop for development teams, and that will also play a role. The majority of our OEM partners are looking to partner around AI/ML workstations for data scientists, so again that is another focus area.

On the server side, the focus is on security, performance, and long-term support. We're looking closely at the latest innovations around performance, especially in the Linux kernel, to provide the best possible OS for high-performance workloads. Canonical already already provides five years of free security updates with every LTS release. Furthering this support offering is the continued expansion of the Extended Security Maintenance program, within which our paid customer base benefits from access to even more security patches.

Ubuntu has been a springboard for many and we will continue our commitment to this mission. With the developer community at the heart of this distribution, Canonical will continue to provide the accessibility to development tools that will enable fast and reliable innovation, to power a more successful future.