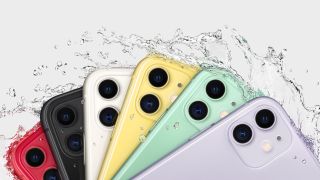 Apple’s iPhone shipments in China fell by a third (35 per cent) in November as the company’s struggles in the country continued.

China has been a significant source of growth in recent years, with demand for the iPhone helping to offset market challenges in other parts of the world.

However strong competition from local vendors like Huawei, combined with an economic slowdown, have seen revenues fall.

Indeed, the launch of the cheaper iPhone 11 earlier this year failed to generate the same level of fanfare as previous models. The new figures, cited by Credit Suisse and based on data from China’s Ministry of Industry and Information Technology, suggest a second double-digit decline in as many months.

Chinese consumers are extremely price-conscious and there is little brand loyalty. This means that competitively priced, feature-packed phones have caused problems for the iPhone which has become more expensive over time.

The lower cost of the iPhone 11 was a recognition of these issues, not just in China, and has been successful in the West. As market saturation continues, Apple has placed significant emphasis on services, such as Apple Music and Apple TV+, to grow revenues.

Apple could be affected by US tariffs on Chinese goods too. Devices such as the iPhone famously have ‘Designed by Apple in California, Assembled in China’ on the back, meaning the cost of the Cupertino-based company’s products would be affected.

Trump introduced several tariffs last September, with Apple breathing a sigh of relief after its most important products – iPhone, Mac, Apple Watch and accessories – were excluded.

However a new range of tariffs are set to come into force this month, potentially increasing the cost of these goods by 15 per cent.