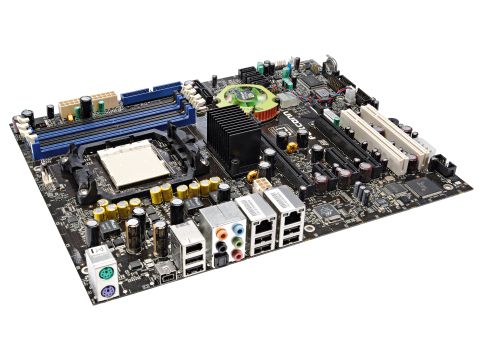 A good board today, but it's not going to stay near the top for very long

Better known as one the biggest suppliers of OEM boards to the likes of Dell, Foxconn has now set its sights on the retail market.

And if this NVIDIA nForce 590 SLI-based Athlon AM2 board is anything to go by, big, established brands such as ASUS had better pay attention to this new heavyweight.

Of course, the fact that Foxconn has stuck to NVIDIA's design for the 590 chipset doesn't hurt. Indeed, this is the board that NVIDIA showcased the nForce 500 series with and unsurprisingly packs the same features, including SLI Memory and dual 16-lane PCI-E graphics, as well as being a polished all round effort.

But it's not perfect - the NVIDIA nForce 600 series for AMD chips is just around the corner. And a maximum overclock of around 275MHz is limiting.