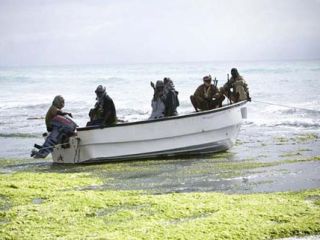 Somali pirates could find themselves targeted by the laser

Long-range lasers could be used to deter pirates from pillaging passing ships.

The non-lethal laser won't incinerate them to a dusty heap, however; it simply blinds the pirates temporarily and lets them know that they have been spotted.

With a width of a metre, the beam can easily scan the six-metre skiffs favoured by high-sea hijackers and leave them feeling as though they've accidentally looked straight at the sun.

Lasting eye damage (and thus the need for an eye patch) is avoided as the system self-regulates the intensity of the beam based on range, weather and other atmospheric factors.

Pirate attacks, particularly off the coast of Somalia, have increased in recent years; 2010 saw 430 attacks alone.

Although the laser can't actually stop pirates from invading vessels, it can at least let them know they've been pegged and that the ship is ready for them thus, hopefully, deterring them.